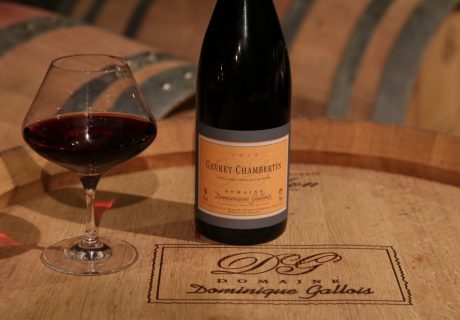 “Charmes” has the sense of previously communal cultivated fields recovered when overgrown. The vines face east.
In their very thin and poor clay-limestone soils are found lots of small stones, marls and iron, an excellent composition for making vines feel at home.
The writer Gaston Roupnel, great-uncle of Dominique Gallois, used to say of this climat: “Between Chambertin and Charmes, there is the difference through the mellowing of vigour and robustness that is even, in good years, often compensated by a finesse less-openly expressed, therefore more sensitive and more affirmed”.

With vines planted in 1910, the parcel is a near neighbour of the appellation “Griotte” and lying beneath “Chambertin”, benefitting from an excellent climat that confers on it the elegance of Charmes, the power of Chambertin and the roundness of Griotte.
This vineyard has vines more than a century old. The berries are small with thick skins.
It offers a production of around 1600 bottles per year.

It is a supple and intense wine of great finesse and affirmed elegance. Characterized by very great length, its texture is silky and velvety. It will be a real treat for your taste-buds.
Excellent wine for keeping, it will improve further over 7 to 10 years. 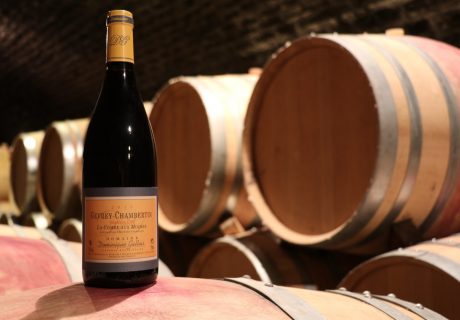 A small combe cutting harmoniously into the hillside, it produces a sought-after wine.
The soil is clay-limestone, on slabs of rock, with very little earth.
The vines are on steep slopes (at 340-380m), ideally exposed to morning sunshine.

This parcel was planted in 1954.
Its yield is never too high and grape healthiness is often perfect.
Annual production touches on 2400 bottles.

Characterized by beautiful length, this wine is very well balanced. Its texture is remarkable; it is a vivacious wine with well-integrated tannins. It offers aromas of small black fruits: blackcurrant, blackberry and myrtle berry.
It is a very good wine for keeping which will reach its peak at around 5 or 6 years.
This appellation is clearly successful for us and often highly-rated at tastings. 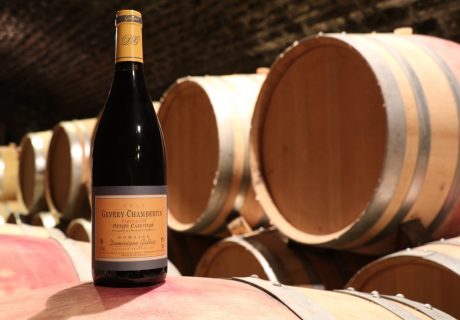 The climat “Petits Cazetiers” is in the natural prolongation of the Cazetiers and at the bottom of the Combe aux Moines, on marl-limestone. It is facing due east and particularly well protected from bad weather.
It is small in size but great in its rarity and its aromatic quality. Without being sole owners of a monopole, we are the only ones to feature this appellation.
The vines were planted in 1954.
Annual production touches on 1100 bottles.

It is a ‘feminine’ wine where all is finesse and subtlety; it is delicate, its texture is velvety and its tannins more discrete.
It is a good wine for keeping and reaches its peak at around 5 or 6 years. 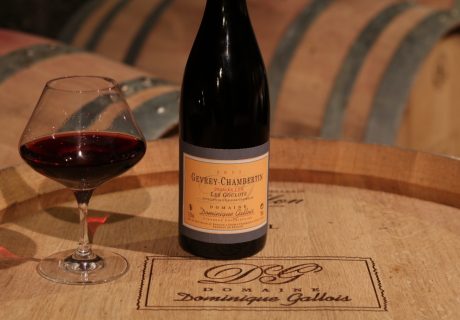 “Goulot” designates the narrow “neck” or prolongation of a combe or valley.
The clay-limestone soil is very pebbly, with little vegetable matter.
The vines are situated on the edge of the forest at an elevation of 380m, the highest in the village and very steeply sloped.

It was planted in 1974.
Annual production represents around 900 bottles.
Yield is always quite low and it is not rare for grapes in the rows bordering on the woods to be eaten by the nearby wild game. In 2016, electrified fencing was installed to protect the crop.
The quality and condition of grapes are always very satisfying.

Acidity is always present with well-integrated tannins and the wine is of subtle vivacity. Sometimes it has gentle aromas of violet, mushroom or truffle but small red fruits dominate.
It is a good wine for keeping and reaches its peak at around 4 to 6 years.
It matches very well with leg of lamb, white meat in sauce and wildfowl … 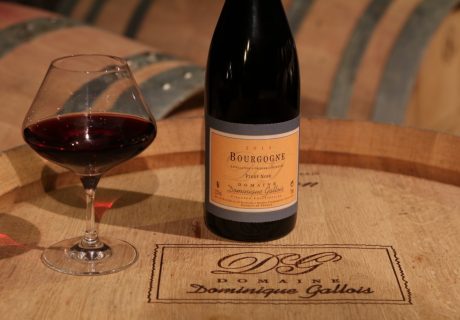 Parcels are two in number and found around the village of FIXIN.

This wine with its fluent structure is to be tasted from its youth onwards. It reveals good red fruit aromas.

A very lovely starter wine for our range of reds. 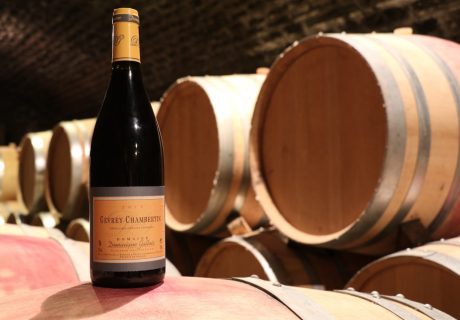 Our appellation Gevrey-Chambertin Village is made up of a blend of 10 parcels situated around the village of Gevrey-Chambertin, which allows an excellent, fully-rounded cuvée to be put together.

This wine comes from the following climats: En Songe, En Jouise, En Billard, En Dérée, Croix des Champs, Sylvie, La Justice, Charreux and two parcels of the clos surrounding our home. Average age of vines from these different parcels is around fifty years.
Annual production is around 10,000 bottles, depending on the vintage.

As a function of specific vintage, this wine can be tasted between 3 and 7 years old to stay within its fruit aromas.
It goes very well with white meats, traditional dishes such as pot au feu stew and poultry… 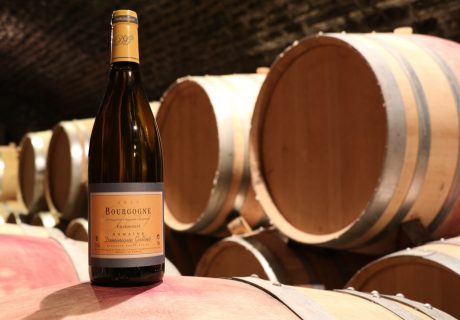 The parcel of Bourgogne Blanc is located in the village of COUCHEY.

Annual production is of around 1200 bottles.

The wine is aged for 14 months, half in stainless tank so as to keep its freshness and fruit, the other half in oak barrels to bring roundness and substance.

We use a lees-stirring technique once a week during ageing.
It is very good to drink as an apéritif, with fish or also with cold meats.

In Burgundy, when we talk about a climate or ‘climat’, we do not look up at the sky, but down at the ground. Bernard Pivot

Our red wines are of a single grape variety : 100% Pinot Noir

Pinot Noir is a grape variety of remarkable finesse, very elegant and with great freshness. Pinot Noir translates the subtle nuances of our terroir, expressing all its originality and singularity.
It is at the origin of the Great Red Wines of the Côte d’Or. The Côte de Nuits is where Pinot Noir expresses the best of its potential. And Gevrey-Chambertin is precisely the terroir of choice and excellence for Pinot Noir.
This mysterious and complex grape variety interprets remarkably the subtlety of our climats. It is of ruby colour, with a wide aromatic range.
Pinot Noir is equally a fragile and capricious variety that needs to be carefully looked after. 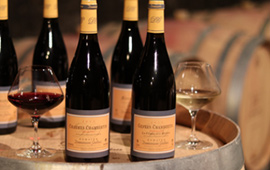 Discover our vintages The map of our parcels 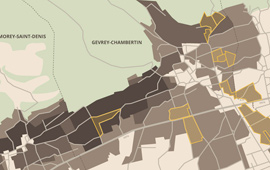