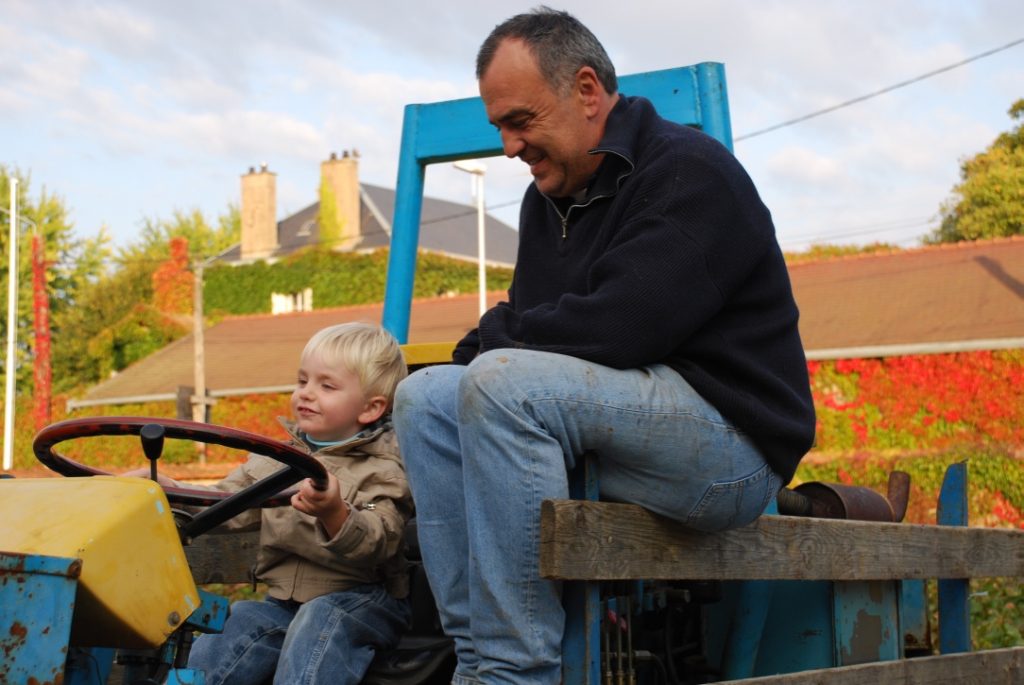 Respect
Our terroirs, the envy of the whole world. With no abuse of pesticides or herbicides, the domain works in balanced-approach viticulture with ploughings that are just as efficient.

Modesty
The quality of a wine depends above all on terroir, the age of the vine and weather conditions. Even the best of winemakers will not produce a great wine if he does not help Nature to give him good grapes.

From vine to wine

Work in the vines

Throughout the year, work in the vines is carried out with respect of Nature, terroir and the grape. We have chosen to work in balanced-approach viticulture.

The winter months are dedicated to vine maintenance and Guyot-style pruning. During spring and summer, several tasks are performed allowing yields to be controlled and managing the healthiness of the future grape bunches.
Vines are firstly disbudded to eliminate unwanted shoots.

The practice of leaf-thinning follows, with the aim of aerating grape bunches, fighting against vine diseases and optimizing grape ripeness.

At the same time, depending on the vintage, green harvesting is carried out to allow the quality and maturity of remaining grapes to be enhanced. 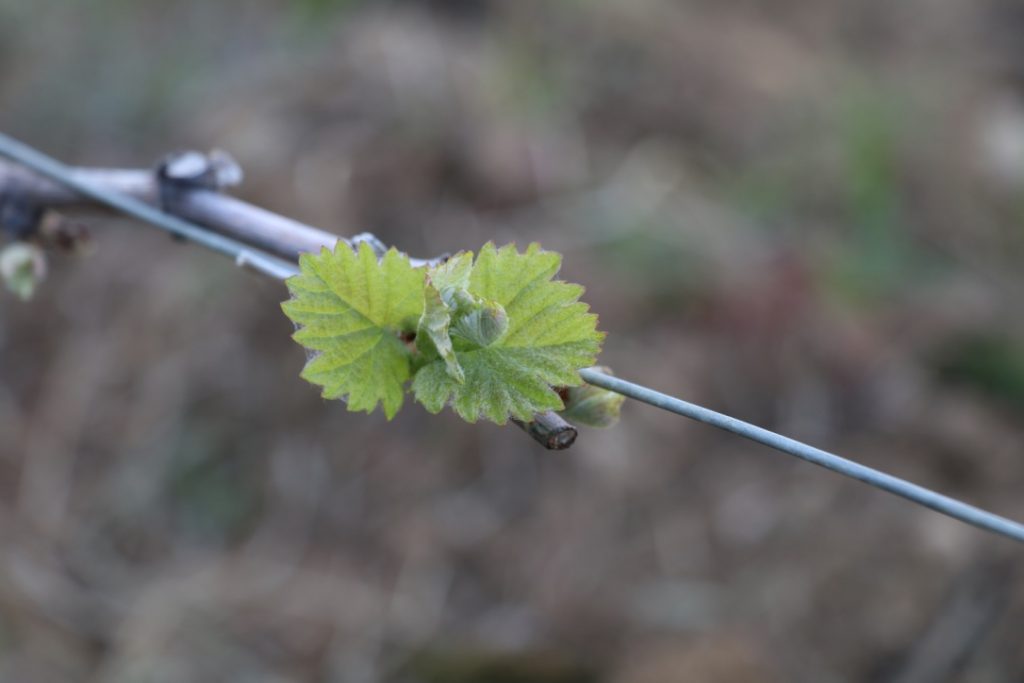 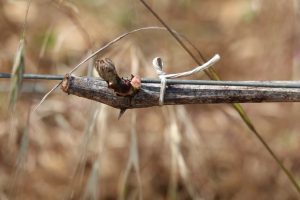 Harvesting is manual and for that we can count on our small, faithful team already carrying out a first sorting on the vine. Thereafter, grapes pass over a sorting table where bunches are inspected so as to conserve only the best fruit.

Then, grapes are destemmed and their juice flows through tubes and into concrete vats and large wooden vats for the vinification phase. 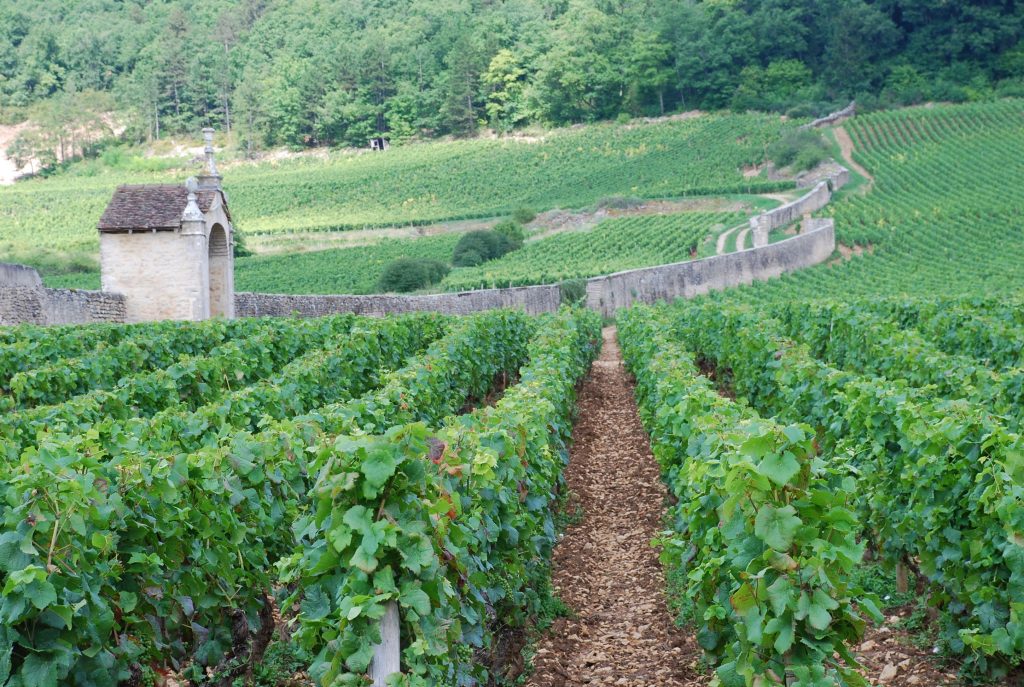 The map of our parcels

This is an important stage where it is appropriate of course to adapt to the specificity of each vintage. Nevertheless, the broad outlines are as follows :

Vinification commences with a cool pre-fermentation maceration that will be longer or shorter depending on the vintage. This involves managing temperatures to extract aromas and to get the best out of the grapes.

Fermentation is triggered only by natural and local yeasts and lasts 10 to 15 days. During this time, traditional manual punching-down and pumping over activities take place, to gently extract the grape components (tannins, aromatic ingredients).

The wine is finally ready for devatting, pressing, unifying and barrelling. 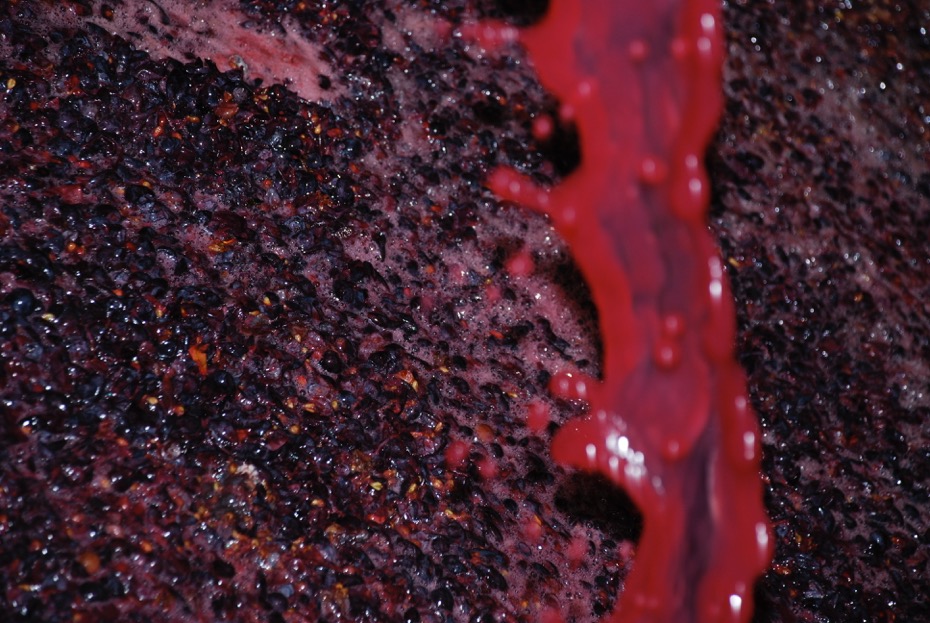 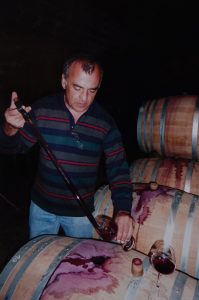 Wines are aged in cellar for around 18 months.

Wines are aged in oak barrels from the Allier region, with a part in new oak.

We are always careful to ensure that the wooden barrel effect does not dominate the wine aromas.

It is regularly necessary to top up barrels to compensate for the “angels’ share” or part des anges wine evaporation.

After racking, bottling is done at the domain as a function of the lunar calendar so that wine conservation, aromas and qualities are developed to the maximum of their capacities. 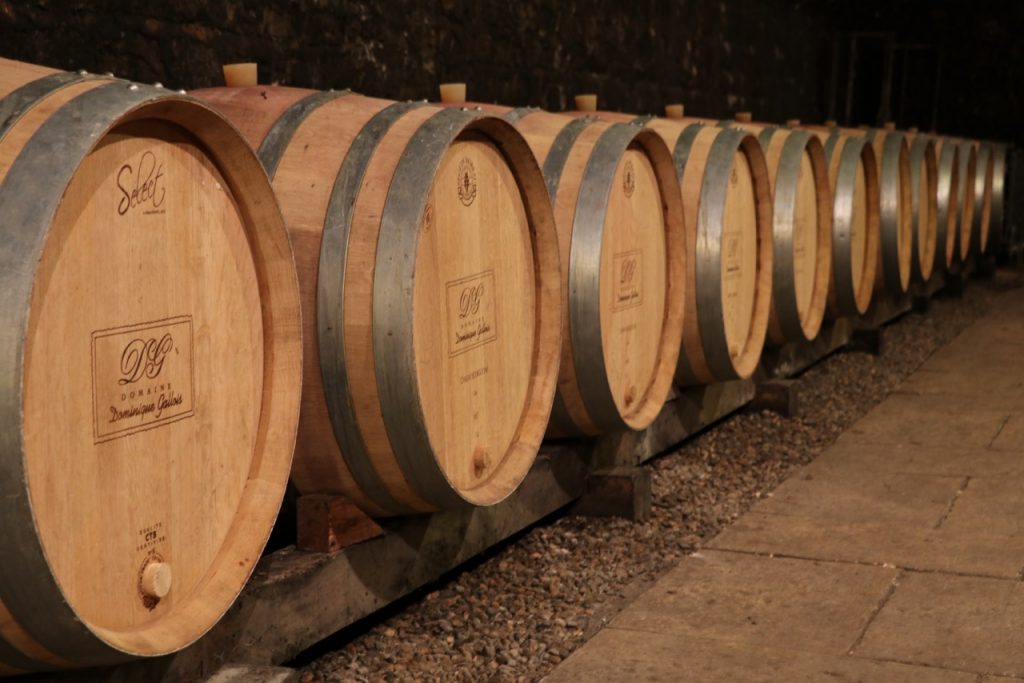 The history of the domain

The Domaine Dominique Gallois is a family wine domain, over 4 generations.

In 1901, Dominique’s great-grandfather, Guillaume BIZOT, had a superb cellar and family home built in GEVREY-CHAMBERTIN, at 9 rue Maréchal de Lattre de Tassigny. At that time, the domain possessed parcels of vines as far as Volnay.  Multiple family successions thereafter split up the domain.

It was then that his daughter, Charlotte GALLOIS, grandmother of Dominique, inherited 2.5 hectares of vines in Gevrey-Chambertin.
Her son, Jean GALLOIS, father of Dominique, managed the domain for almost 40 years. At that moment, production was essentially directed towards wine merchants.

In 1989, Dominique Gallois took over the family business. He modernized the domain, extended it and applied new vinification methods. Commercialization in bottles began with the 1989 vintage.

The Domaine Gallois then turned towards private individuals as customers and built a reputation today recognized by the profession, wine guides… and especially through the pleasure of its consumers.